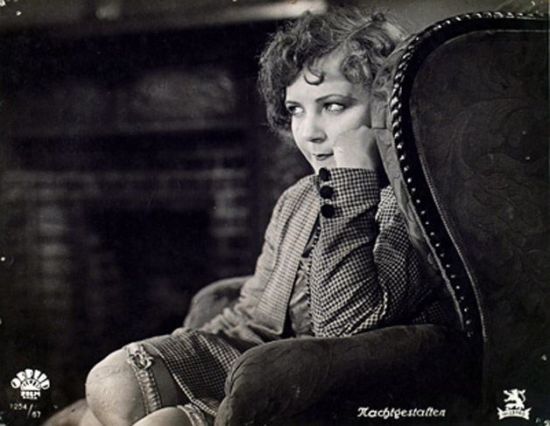 Mabel Poulton in The Alley Cat

Mabel Poulton, star of The Alley Cat, which we are showing at the 20th British Silent Film Festival, was one of the most popular, and sadly one of the swiftest forgotten actresses of the 1920s. She was a waif-like star, who excelled in romantic and tragic roles, and ultimately became a victim of the vagaries of the film industry.

Her start in the cinema was hardly glamorous, but it did rely on her natural resemblance to the American star Lillian Gish. Poulton was working as a typist at the Alhambra Theatre in Leicester Square, but studying acting in her spare time, when her manager asked her: “How would you like to die three times a day?” He required her to wear a kimono and enact her demise as a dramatic prologue to screenings of Broken Blossoms, DW Griffith’s east-end drama.

Poulton, who was born in Bethnal Green in 1901, might perhaps have made a more convincing cockney waif than Gish. And, in fact, producer George Pearson spotted her in the prologue and having discovered in a screen test that she could cry on cue, found roles for her in a couple of films, beginning with Nothing Else Matters (1920), notably for also marking the debut of Betty Balfour. Abel Gance auditioned her for the role of Violine in Napoléon, which she didn’t win, but while she was in France she did appear in Germaine Dulac’s Ame d’Artiste (1924). 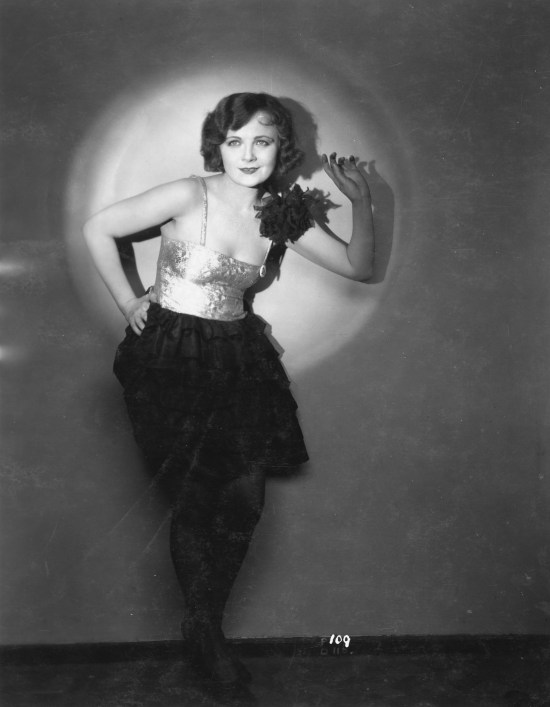 Back in Britain, Poulton took roles in a number of British silents, many of which are lost to time. Although the films are rarely screened, she can still be seen as a young dancer in Maurice Elvey’s Palais de Danse, or in Graham Cutts’s part-talkie The Return of the Rat (where she tentatively attempted an RP accent), and now in The Alley Cat, where she is able to play up to her cockney origins. If you haven’t had the chance to watch Poulton in action, perhaps John Betjeman’s evocative description in the Evening Standard will give you a sense of her magnetism.

“Men will understand me when I say how one suddenly notices in the tube or tram or bus a girl with a pathetic face, pathetically beautiful, who seems to stand for all the thousands of people who only come out of their offices during the rush hour to go back to their little furnished rooms. Mabel Poulton stands for those.” 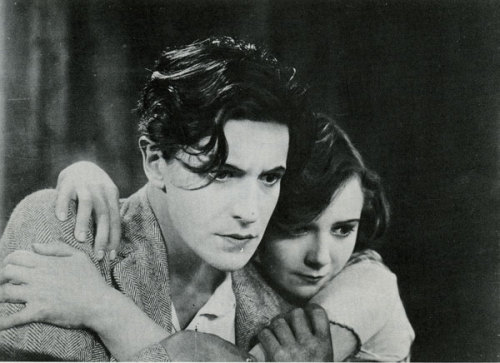 Ivor Novello and Mabel Poulton in The Constant Nymph

Poulton’s most famous role was starring opposite matinee idol Ivor Novello in the risqué romance The Constant Nymph (1928). “She possessed a quality of emotion that I have not seen surpassed on the British screen either before or since the coming of sound,” wrote Basil Dean, who worked on the adaptation of Margaret Kennedy’s novel. “Her utter concentration on the emotional truth of the scenes she was to play was outstanding.” After the success of that film, Poulton had her eyes “those precious orbs which irradiate the screen” insured for the hefty sum of £30,000. It’s precisely the kind of titbit designed to set the fan magazines a-flutter, but at a time when dazzling carbon lights were used on set, it may have been a fairly sensible precaution. Sadly, generations to come were denied the beauty of Poulton’s eyes as the film was missing for decades; a copy was only discovered in 1995. Poulton had died the year beforehand in 1994, aged 93.

Despite the reception of The Constant Nymph, the talkie era was just around the corner, which was not kind to Poulton. Ultimately, she was the victim of a certain classist strain in British cinema and theatre, which reserved the romantic leading roles for those spoke in a certain way, and reserved characters parts for actors with regional accents. Poulton attempted to make her way back to the cinema in the mid-1930s, but she made her final appearance on film in 1938. In her old age, she wrote a script about a young starlet who was raped by a film director, and became an alcoholic. In pen, in the margins of the manuscript, she wrote the name Thomas Bentley, who directed her in two films The Old Curiosity Shop (1921) and Not Quite a Lady (1928).

“So many actors fell by the wayside at that time,” remembered Chili Bouchier, her co-star in Palais de Danse. “The most regretted was little Mabel Poulton, a silent star who had the face of a lovely flower but a cockney accent which no amount of elocution lessons could eradicate.”