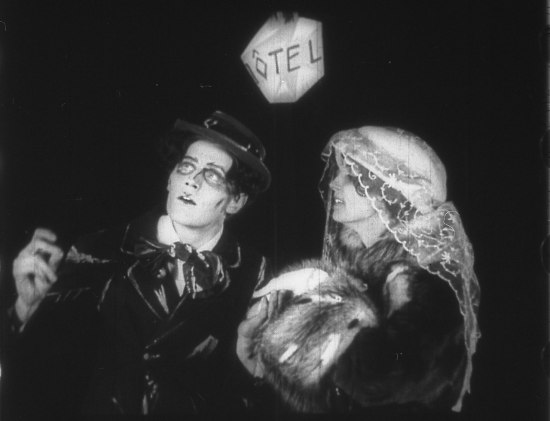 This year, the British Silent Film Festival is commemorating the anniversary of the birth of the Weimar Republic. This means we will be looking both at some acclaimed German films of the 1920s, but also international co-productions and those British films that betray the clear influence of Weimar cinema. We are also exploring the origins of the horror genre, as the  nights draw in. So there is no finer way to begin our festival than with an influential and bold classic of German Expressionist cinema. We want to create the perfect atmosphere too, so our opening night movie will screen at the New Walk Museum and Art Gallery in Leicester, which is home to an internationally acclaimed collection of Expressionist art.

The film we are screening is Karlheinz Martin’s From Morn to Midnight (1920) – a bold  film that epitomises the styles and concerns of German Expressionism. The Expressionist movement moved from fine art – distorted perspectives and artificiality combine with thick, obvious brush strokes to create a visual representation not of naturalism but of the artist’s innermost psychological turmoil – to the theatre . From Morn to Midnight was made very shortly after the famous The Cabinet of Dr Caligari (1919), which has widely been celebrated as the first true Expressionist film. It shares with that film a sense of foreboding and introspection, a feeling that the outside world is filled with danger – and of course a heavily stylised, theatrical production design. 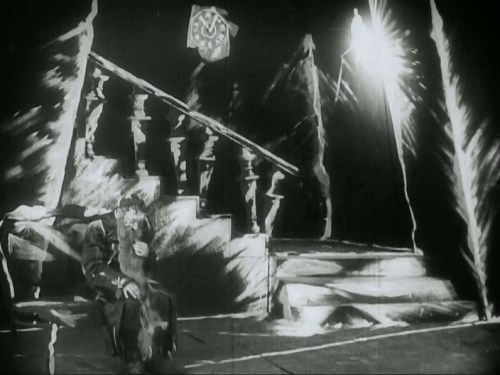