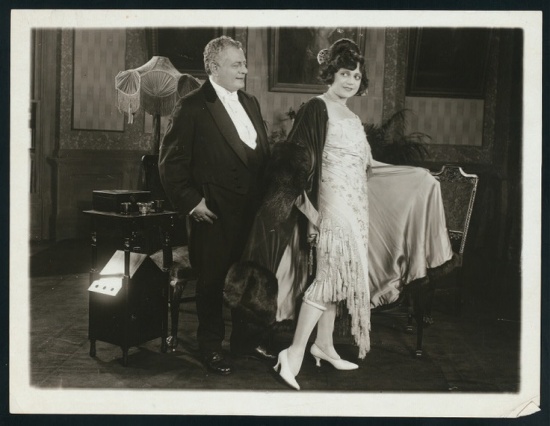 Adolph Philipp and Marie Pagano in The Midnight Girl (1919)

We’re standing on the verge of the Roaring Twenties all over again. It’s often instructive (and fun!) to look back at how cinema has advanced in a century and 1919 was a particularly strong year for the movies. As the Cento anni fa strand at Il Cinema Ritrovato proved this year, many films we now acknowledge as silent classics were released just before the feted 1920s began. In 1919, the war in Europe had ended, Hollywood was growing strong, the feature film was rapidly becoming a fixture, and things were about to get very interesting in Germany. At the 20th British Silent Film Festival, we’re commemorating the anniversary of the Weimar Republic by looking at the fascinating German cinema of this period and its global influence too.

We’ll be screening several diverse films from 1919 at this year’s festival in Leicester: from Mauritz Stiller’s captivating Swedish drama Song of the Scarlet Flower starring Lars Hanson, to Maurice Elvey’s WWI movie Comradeship and Ernst Lubitsch’s frenetic comedy The Oyster Princess. One of the 1919 films on the slate is likely to be unfamiliar to most of us – The Midnight Girl, a charming two-reel comedy, which reveals the extent of the influence not just German culture but the New York stage had on mid-period silent cinema. Not only that, but our screening of the film will be very special.

Adolph Philipp, the writer and director of The Midnight Girl,  was born in Germany but ran away as a teenager to join an acting troupe. In the early 20th century he opened a theatre in New York, where he staged many of his own musicals for the substantial German-speaking audience in the city, as well as selling his sheet music. END_OF_DOCUMENT_TOKEN_TO_BE_REPLACED