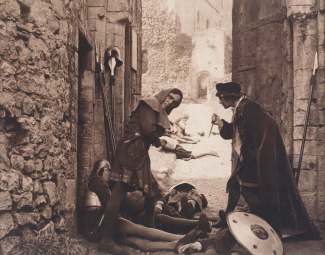 This years British Silent Film Festival will take place at the Phoenix in Leicester, from 10-13 September.

As part of this year’s festival and to celebrate the re-burial of Richard III in Leicester Cathedral earlier this year, we will be screening the 1915 film Jane Shore with live music by Laura Rossi and her ensemble Orchestra Celeste. Jane Shore, was an ambitious early British feature film made by Will Barker in his Ealing studio and in some spectacular locations. This historical epic features a villainous Richard III in the classic tale of Edward IV’s mistress and features a cast of thousands in the impressive battle scenes.

This year’s festival is supported by: