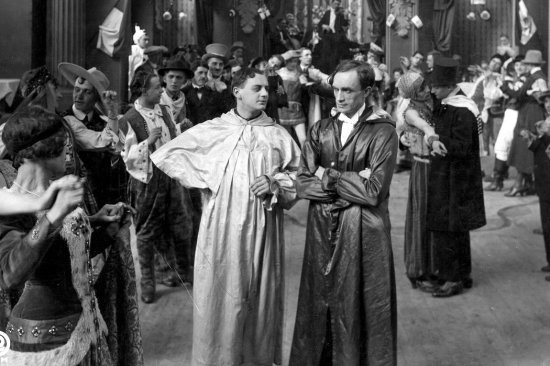 Anders als die Andern (Different from the Others, 1919)

Silent cinema began in the Victorian era and faded away at the end of roaring twenties, just before the repeal of prohibition in America. So silent films were made in the context of around four decades of social change. It was a time in which women fought for the vote, workers campaigned for greater rights, the world went to war, the Russian empire fell, the aeroplane was invented, the motorcar drove horses off our streets, factories built assembly lines, radio waves circled the globe, and attitudes to sex, and censorship went through revolutions.

When we talk about early 1930s Hollywood cinema, we call that period pre-Code: the last few wild years before William Hays’s MPDDA regulations about sex, violence, religion, race, drugs and alcohol were rigorously enforced on screen. Effectively all silent cinema is pre-Code, but that doesn’t mean that “anything went”. Hollywood studios practised some severe self-censorship in the early 1920s, following a few lurid scandals, and while 19th-century morality was not quite as prudish as it has been painted, early cinema was generally more coy about sex than films of today. But that is not the full story …

Pornography aside, silent cinema was obsessed with love, romance and intimacies. One of the very first films was Edison’s The Kiss (1896), a steamy close-up of two actors locking lips, “in a way that brings down the house every time”. Moralists were outraged, but cinema, being predominantly a working-class entertainment, could get away with explicitness that the theatre couldn’t. On this side of the Atlantic, G. A. Smith’s The Kiss in the Tunnel (1899) was a cheeky little number in which two lovers on a train steal a smooch under cover of darkness. By the time the 1920s were in sight, European and American film-makers had cottoned on to the idea that their audiences were female, and loved romantic themes to their films – but also that sex sells. Stars from Gloria Swanson to Ivor Novello, Clara Bow to Rudolph Valentino, were marketed to film fans as great lovers and sex symbols. Films from the late teens onward were often happy to tackle subjects such as seduction, married life or adultery. There’s arguably just as great an erotic frisson to Greta Garbo and John Gilbert sharing a cigarette in Flesh and the Devil (1926) as in an explicit sex scene. But perhaps, like all affairs of the heart, that is a matter of taste.

Anders als die Andern (Different from the Others, 1919)

Many of the most passionate, and adult, films came from Europe, or were made by Europeans. Berlin in particular, where the German film industry was based, had a famously licentious nightlife, with many popular gay nightclubs and cabarets as well as heterosexual haunts. Magnus Hirschfeld’s Institute of Sexual Research opened in 1919 to investigate homosexuality, a subject little understood, but by no means unknown. Hirschfeld, who was known in America as “the Einstein of sex”, also campaigned to repeal the criminalisation of homosexuality and he advocated better rights for gay and transgender people. That same year, he co-wrote and appeared Anders als die Andern (Different from the Others, 1919). Conrad Veidt stars in this outspoken film, as a gay violinist who is blackmailed over his sexuality. To measure how far ahead of its time the film was, spot the similarities to Basil Dearden’s Victim (1961), made in Britain more than 40 years later, which helped to change the law in this country. We’re showing the landmark film Anders als die Andern at the British Silent Film Festival, where it will be preceded by an illustrated talk by Dr Matthew Jones of Leicester De Montfort University. 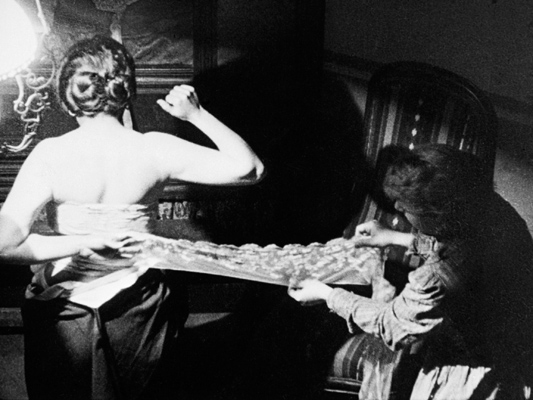 Among the other films showing at the festival, you’ll see more moments of sexual passion, lust, or simply facts-of-life frankness, whether serious or silly. These include a naked bride in the back of a motorcar in Charley Chase’s Limousine Love (1928); a young woman’s dreamy gaze of appreciation towards a muscular sailor or the erotic spectacle of a woman winding lace around her nude body in L’Hirondelle et la Mesange (1920); Betty Balfour’s sexual misadventures on the Cote d’Azur in Paradise (1928); the shenanigans of chorus girls and wealthy, lechers in Hitchcock’s The Pleasure Garden (1924; and the discussion of divorce in Such is the Law (1931). There is more to silent cinema than you may think.