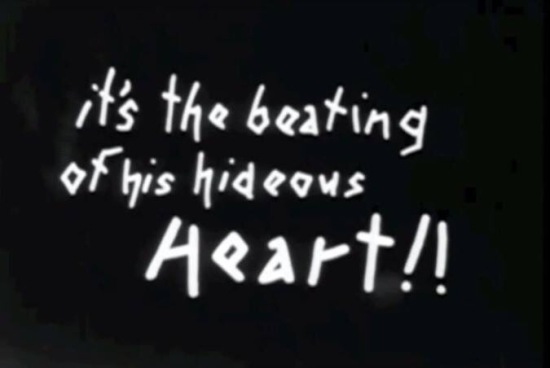 The Fall of the House of Usher (James Sibley Watson and Melville Webber, US, 1928)

A spectacular evening of silent film adaptions from Edgar Allan Poe’s classic horror stories, including: The Fall of the House of Usher   (James Sibley Watson and Melville Webber, US, 1928), which tells the story of a brother and sister living (or not) under a family curse; The Tell-tale Heart (Charles Klein, US, 1928), a story of insanity and murder; plus Prelude (Castleton Knight, UK, 1927) taken from Poe’s story ‘Buried Alive’. The programme includes the classic animated short, another version of The Tell-Tale Heart (Ted Parmalee, US, 1954) narrated by James Mason at his sinister best.

Bryony Dixon (silent film curator, BFI) will introduce the evening with a reading from Poe. All silent films will be accompanied with live music played on the church organ, the piano and effects by the Festival’s world-renowned silent film musicians, Neil Brand, Phil Carli, Stephen Horne and John Sweeney.

Available from Phoenix, or on the door, but advance booking is recommended to avoid disappointment!